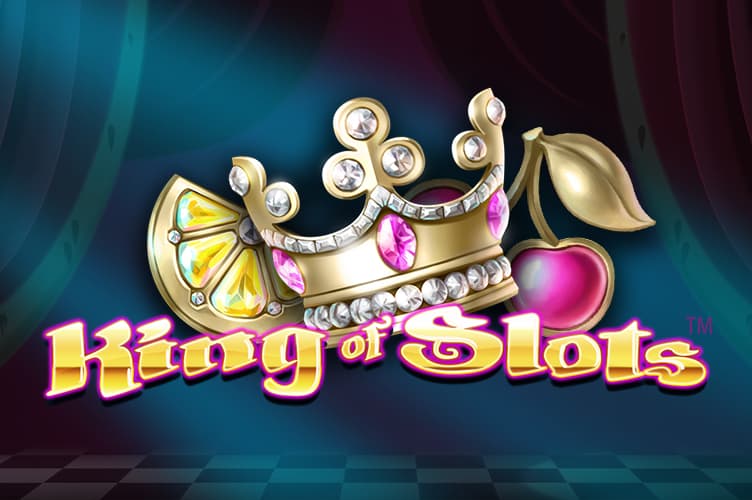 This King slots review is about the product of the NetEnt company, released in 2015. Not to be confused with other slots of the same or similar names of other gaming manufacturers, which are vastly found on the Internet.

The King slots online is a desktop and mobile-optimal video slot game for online casinos and their downloadable clients. It is designed in the royal theme and uses various symbols that can be attributed to royal wealth. It is drawn in a cartoon style; with symbols (that are not cards) designed in a way to make it feel like they are collected from precious stones and metals (gold + silver/platinum). The main currency of the game is Euros but it can automatically adjust to the region of your casino if it employs other official default currency.

The main data about the King slots are as follows:

The background music in the King slots game is light and unobtrusive. It feels like you’re by the pool in a really good hotel (not in Turkey or Egypt, and where only high-class people gather, not tourists) and listen to ambiance music that’s based on pop and jazz, without words. When a win occurs, the metallic sound plays. Each time when the reels are spinning, a muffled sound is played.

The graphic is simplified and does not contain much detail. The King itself is standing in the right bottom corner of the gaming field and he is a drawn picture, not a real person in appearance.

How To Play King slots 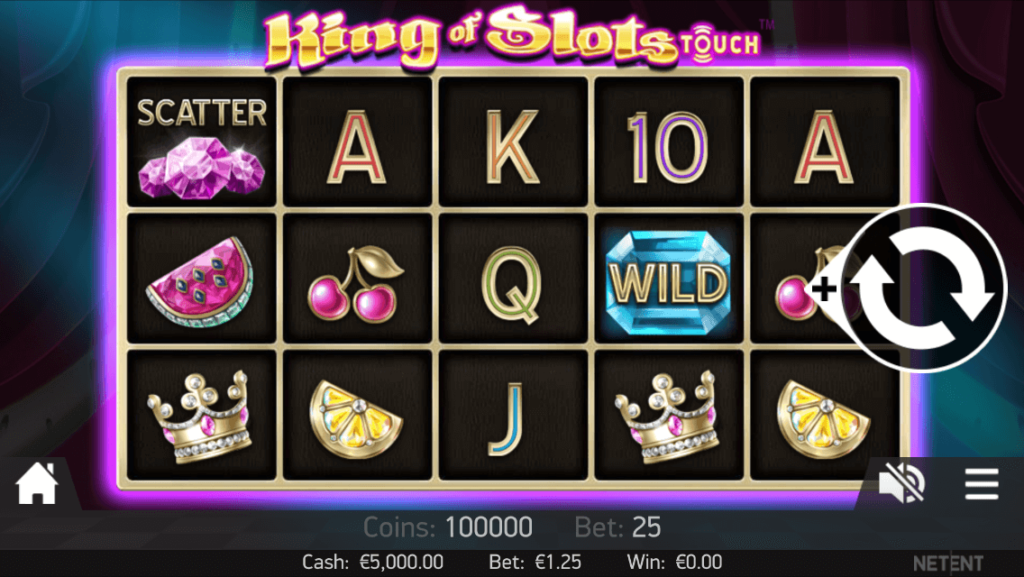 It is possible to bet from 0.25 to 250 EUR/USD for each spin in King slots. But if you don’t wish to play for money, then free play is possible. When the balance of a demo mode is depleted, a gamer is given 5,000 coins again so as to make the game continue. Thanks to this feature, it is possible to study the slot with your own eyes for a long time to see if it’s worthy for you.

The gamer of King slots sees a field with the main grid of symbols and control buttons, such as Play, Autoplay, Bet, Double-speed, Information, Balance, Last Win, and Menu.

When there are 3 or more Scatters on the field of King slots appear, the feature of Sticky Win is initiated, allowing to largely increase the total victory. Thus, the winning symbols are stuck and other symbols re-roll until the max possible winning occurs (for as long as new same-face winning symbols are collected during respins).

Wild substitutes everything but scatter. Wild is a big blue diamond (which in the real world is considered the costliest precious stone).

All other symbols have to appear from 3 to 5 times simultaneously to bring winning: from 0.05 to 10 EUR, depending on the symbol. The costliest is the crown, then go fruits, and then – cards.

The King slots game is playable on all modern platforms using all operating systems (Windows, Linux, iOS, and Android). As other modern Chrome-optimal games of NetEnt Company are designed, this one is also for Chrome. Whilst working better in this web browser, it is also playable in others but it will require more time to launch. The more powerful your device is the better the chances of a speedy game in this slot are. However, its simplistic graphic is made to ease the life of gamers having all ranges of devices.

You have now read our King slots review, which, as we hope, will make you better informed about this game thanks to all the main features considered. The only thing that we personally did not like much in the slot is that, as for us, a picture of a king, lousy drawn and placed in one of the corners, creates a feeling of un-seriousness of the slot in general, ruining a picture of wealth and luxury, which everything else creates. At least, a king should not look like a clown.